, /PRNewswire/ --  (NYSE:UNF), a North American leader in providing customized business uniform programs, facility service products, and first aid and safety services, announced today that it raised for charity at the company's annual Memorial Golf Tournament held at the in 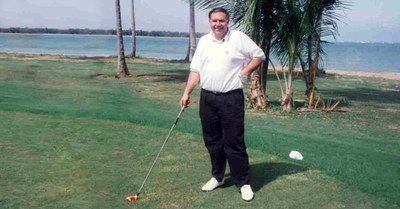 The event is named after the company's former Chairman, CEO, and President who held that position from 1991 until his passing in 2017. is credited with growing earnings from to during his tenure at .

More than 108 golfers turned out to play in the tournament and more than 55 companies supported the event with monetary donations. All proceeds were divided among several charities.

This year's -based recipients include:

"We're proud to support local organizations and people whose work makes a positive difference in the lives of thousands of individuals in dozens of communities every day," said , Executive Vice President of operations and the son of . "A central part of commitment to making a positive social impact includes supporting the communities where we live and work through both active social engagement and charitable giving. And the Ronald D. Croatti Golf Tournament is a prime example."

Since the tournament's inception in 2016, the company has raised over for local charities.

About
Headquartered in , (NYSE: UNF) is a North American leader in the supply and servicing of uniform and workwear programs, as well as the delivery of facility service programs. Together with its subsidiaries, the company also provides first aid and safety products, and manages specialized garment programs for the cleanroom and nuclear industries. manufactures its own branded workwear, protective clothing, and floorcare products; and with 260 service locations, over 300,000 customer locations, and 14,000 employee , the company outfits more than 2 million workers each business day. For more information, contact at 800.455.7654 or visit UniFirst.com